by Gregg Ellman (@greggellman) As they say, a day late and a dollar short. But with the window-mounted Scosche NEXS1 Smart, full high definition dash camera, powered by Nexar, I’ll be ready for next time. 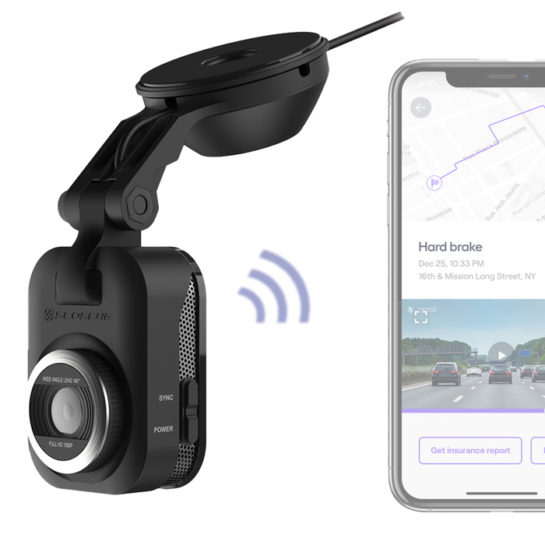 I’m referring to a minor car accident (no injuries) I was in two weeks ago while this dash cam sat boxed up on my desk, waiting to be tested. Not 24 hours later I had it unpacked and ready for testing;  sure enough it would have helped me greatly and hopefully there’s not the next time.

It wasn’t that long ago that dashcams were a complicated setup, often ending in frustration. With NEXS1, which is part of Scosche’s SafeTech line of products designed to make driving safer, you can have it set up and filming in no time.

A quick-release StickGrip suction cup mounts on the windshield (front or back) and an included dual-port adapter plugs with an 11.5-foot cable for power. Setting up the Wi-Fi to connect the camera and a cell phone is done with the Wi-Fi pairing button.

The image quality from the NEXS1 front-facing dashcam is outstanding. A 140-degree lens captures a wide-angle view in 1080p full HD. Inside, a SONY Starvis image sensor works well at night and in other low-light environments. A high-precision G-Sensor automatically detects the impact and crucial moments for recording. This includes parking mode for recording incidents when the driver isn’t in the car.

When you start driving, the camera turns on and when you stop, it shuts off. Auto-loop recording is done directly to the included SanDisk 32GB micro-SD memory card, which can be expanded up to 256GB. With the included free cloud storage, along with the Nexar app (iOS and Android) recordings are uploaded so they can be deleted from the camera.

A great feature that caught my attention is the 1-Click reporting. It works with the app for submitting an incident report directly to participating insurance companies, which includes the location with the automatic GPS. Nexar’s Groups feature can immediately alert anyone you choose along with the location if an accident occurs.

www.scosche.com $159 for the suction cup mount version, $149 for the automotive-grade adhesive dash mount 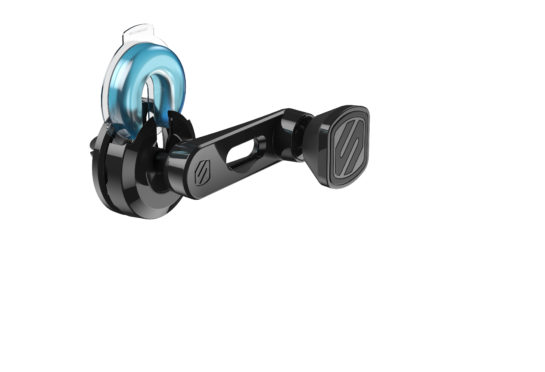 Another handy automotive accessory from Scosche is the Magic Mount Fresche Magnetic FreeFlow vent mount. The dual-purpose universal phone mount and air freshener attach to a vehicle’s air vent, which makes it a breeze to take it and out. An adjustable arm rotates 360-degrees and is adjustable to move away from the air vent.

A replaceable air fresher cartridge (one included) releases fragrance for up to 30 days. To get the magnetic mount on your phone or case, a device safe MagicPlate is included.

There’s also a Fresche Grip FreeFlow with an adjustable holder for smartphones up to 3.5-inches wide.

If it’s possible to get excited about a portable battery, Satechi’s Quatro wireless charging power bank is it. Consider it a charging and organization power solution, since it can eliminate a bunch of other chargers and a mess of tangled cables.

Four charging sources are built into the pocket-sized (6.4-by-2.9-by-0.7-inches) 10,000 mAh rechargeable battery. Inside is a Qi charging pad with a 5W charging speed, and an Apple certificated Apple Watch charging puck up to 2.5W. The Qi charging area can be used for wireless charging devices including iPhones, and AirPods in addition to non-Apple Qi-enabled devices.

On the side are two additional charging ports, a 12W USB-A port for connecting charging cables (not included) and a fast-charging 18W USB-C output port, which doubles as a charging port for the battery itself.

Even though four devices can be connected at once, understandably Satechi recommends only charging up to three devices simultaneously.

All this adds up to one charger for multiple devices at home or on-the-go. Apple users will also admire the Quatro’s appearance with its slick modern style. At a quick glance, it gives an iPhone appearance with its black finish and chrome sides. LED battery level indicators are built into the end for displaying how much power is remaining in the battery itself.