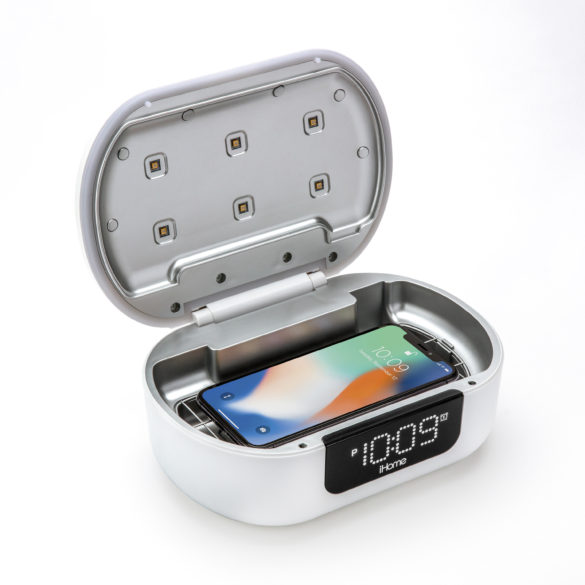 (by Gregg Ellman) – Innovative, timely and overall a great product is how to describe the new iHome iUVBT1 Pro UV-C sanitizer Bluetooth speaker. It is part of iHomes, the flagship brand of SDI Technologies, new iHome Health line of UV-C sanitizing products.

Obviously, this is a timely product during the pandemic, but keeping smartphones, earbuds, glasses, keys, credit cards and remote controls clean and safe are a long-term necessity. The UV-C protection, iHome states, is lab tested to kill 99.9-percent of viruses and bacteria without  liquids or chemicals.

To sanitize, open a top-sided lid to expose the compartment for items to be sanitized. When the lid is open the UV-C LEDs turn off to avoid UV light exposure and turn back on when it’s closed to clean in just three minutes. 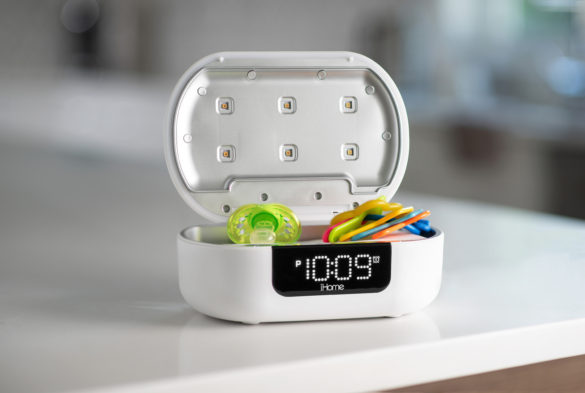 A total of 12 UV-C LEDs are on the top and bottom ensuring a full 360-degree sanitization. A countdown timer for the cleaning process displays the 180-second sanitization cycle.

While sanitizing is the new feature for the iHome nightstand system, there are dual alarms and the built-in Bluetooth speaker can be connected to a portable device for wireless audio streaming. A pair of 5W USB-A charging ports keep portable devices charged.  The intelligent clock dimmer has a built-in sensor that automatically adjusts the brightness based on how much ambient light is in the room.

The independent lab report conducted by EMTEK for iHome and parent company SDI Technologies Inc., is posted on the iHome site. 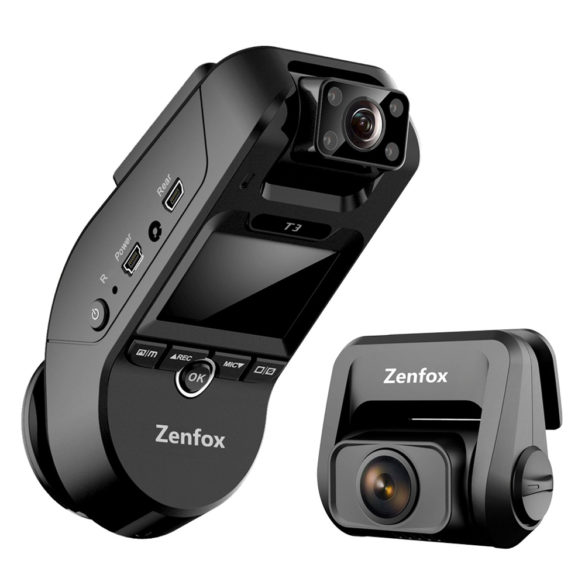 The Zenfox T3 triple channel dashcam shows how far, efficient, and easy to use dashcams have become . And honestly, I never thought a dashcam would have so many features and be so much fun.

With the T3 system, you not only record the road ahead but also records the inside of the car and rearview making it ideal for everyday family safety, ride shares, Uber, Lyft, and taxis.

There’s no shortage of features in this camera system including capturing video of theft, accidents, and security while parked but what first caught my attention was the video quality, which is done with Sony STARVIS image sensors.

The front camera has a 160-degree view recording 2560-by-1440P at 30 frames per second. Both the rear and interior record 140-degree views at 1920-by-1080P full HD, also at 30fps. Four infrared LEDs are built into the interior camera for nighttime conditions, which worked great, even in almost total darkness.

Mounting and camera setup is pretty simple with included cables and accessories. It does take a little time to ensure they are mounted with the view you want along with having the cables tucked away for a safe mount. All three camera lenses can be rotated small amounts, even after they are mounted.

The front and inside view camera are on one piece and attach with the included 3M adhesive. A power cord is included and is plugged into any 12-volt cigarette lighter. Typically the ideal place for this, and how I tested it, is the top center of the windshield, just to the left of the rearview mirror.

Positioning is critical, even with the wide-angle view since both cameras are on the same hardware. A 2-inch display is on the inside with control buttons under it. The power is on the side along with ports for the power and rear cameras able connections.

Speaking of the rear camera, you have a little more flexibility where to position it, with a lot depending on the style of the vehicle and specifically the rear winder. I had it on the bottom of a flat SUV window so it wouldn’t be a distraction and it can even go on the rear bumper or the license plate area.

Once installation is complete, getting the system going includes built-in 2.4GHz and 5GHz Wi-Fi, which connect with the Zenfox app for controlling the settings, viewing, and downloading captured videos. The ZenFox T3 also has built-in GPS, which are embedded into the videos. Recording is in an endless loop with the latest recording over the oldest. Along with viewing videos on the app, a microSD card slot is on the right side, which supports up to 256GB of storage (card not included).

The ZenFox also has a built-in G-sensor to detect sudden impact, which is described as supporting variable sensitivity, the dash cam can auto-detect any sudden knock or collision and lock the crucial footage to prevent it from being overwritten.