To the list of all the home improvements people have generated in the past few months, add an easy setup of extending the range of some of your home Wi-Fi smart products. The idea of doing this is great and a company called Lutron makes it a do-it-yourself easy project with a new Caséta Wireless Repeater and Motion Sensor added to Lutron’s Caséta smart lighting control system.

If you’re not familiar with Lutron, you need to be. They design and manufacture automated light and shade controls for homes and commercial applications.

It’s been common over the past few years to put the main controls for Wi-Fi, smart home products and Lutron systems centrally located in your home. That’s the best idea so the signal is strong enough for your TV as well as computers and scattered smart home devices.

At times the signal is still not enough; some new Lutron products help solve the problem so the signal reaches areas like a back closet tucked away in the corner of a house or a unique layout of your home, which has a restroom buried in another corner.

Lutron’s Caséta Repeater ($74.95) placed in your dead zones will extent your existing Lutron system range by 60 feet when placed within 60 feet of a Lutron Caséta Smart Bridge. The Smart Bridge is the central point of the system.

Setup is easy, there’s no ethernet connection, the Repeater just plugs into any home outlet as long as its in range of the system. Then add it to an existing system through the Caséta App and you’re done. Once installed, scheduling, scenes, Smart Away and more are at your at your fingertips without the use of Wi-Fi.

The Caséta Smart Motion Sensor ($49.95) is perfect for a room needing hands-free control for lights or other products in the Lutron system.

It can be as easy as placed in a room where you want the lights to turn on as you enter or leave a room. That one sensor can control Caséta shades, lights, fan controls or anything within 60 feet.

Think of those hidden rooms, which are critical, hallways, garages or anywhere. With the sensor you get 180-degree field of view so it sees you coming.

Another cool thing is what Lutron calls flexible installation. I call it saving a hole in the wall that I won’t have to patch later. But since the sensor is wireless, it mounts on a flat surface, corner or whereever needed. It’s powered by a battery with a life of up to 10 years.

Another piece of the Lutron system I wrote about last year is the wireless fan speed control ($60.69).

Once installed, you have now turned your simple existing ceiling fan into a wireless smart home-controlled device for turning on and off, speed controls, programable schedules and scenes with other smart home products. 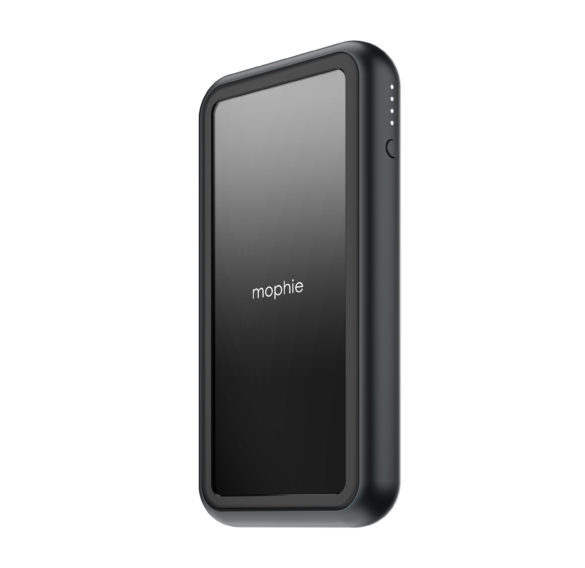 Inside the 10,000mAh battery is Qi wireless charging for input and output, which will work with the latest Apple, Samsung, LC, Google Nexus and other devices with the Qi system built in. With the output, you can charge your device, the input lets you connect it to  any Qi-compatible wireless charging pad for re-charging the powerstation. 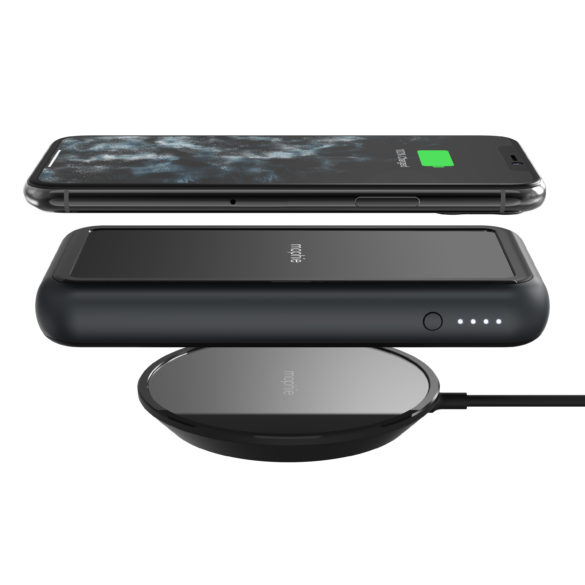 There’s also an Apple Lightning input, a USB-C input and outport port and 18 watt fast charging. Thirty minutes should give your device 50 percent of battery life. So whatever needs a charge, this will give it you with style and power on-the-go. It can give devices like an iPhone up to 55 hours of extra use.

Other features include an LED power indicator with four lights to know the level of remaining battery power. With Priority Charging, the powerstation sends power to your device needing charging before charging itself when it’s connected to your charging pad.

The battery can also be recharged through the same Lighting cable that charges Apple devices or through the USB-C port.