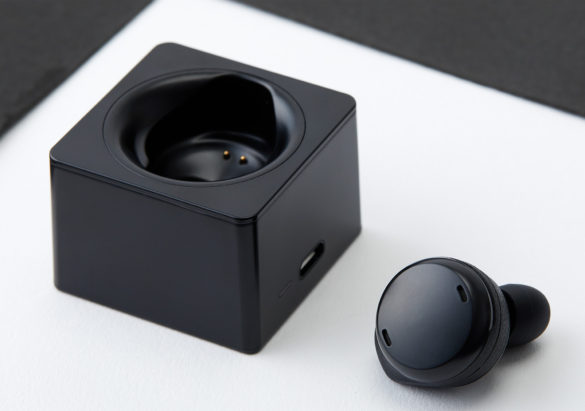 I’ve never seen anyone go around showing off their new hearing aid. But often I see people bragging about their new earbuds. The Olive Smart Ear has the appearance and style of a single earbud in but does the job of a hearing aid.

I’ll start off with some information supplied by the parent company, Olive Union, which caught my attention before I even opened the box.

It stated that 48-million Americans have trouble hearing, yet only 1 in 5 who need it use an assisted hearing device to correct for their impairment. Most often, hearing loss begins in just one ear. First comes little things like talking louder than you normally would, keeping the TV at a higher volume, or cupping your ear to hear better during a meeting.

All this sounds very familiar since I’ve witness these situations first hand with family members. So I was excited to give this product a try.

The Olive Smart Ear is built with state-of-the-art design and technology, patented sound technology for outstanding, clear and balanced sounds and is designed to work with hearing impaired with a loss less than 50 dB. They are designed for people who just aren’t quite ready for hearing aids, which by-the-way cost in the area of $2,000 to $5000, compared to $299 for the Olive Smart ear.

Along with a companion App (IOS and Android), it gives you a hearing test for recommended settings and the user-friendly dashboard gives you instant  adjustments from the basic default mode to TV watching and conversations. Feedback can be altered and other controls can easily be customized based on the user and the environment. Crowded restaurants need different adjustments than talking at the breakfast table.

It offers nice sound but what it makes it stand out is the amplified sound. I don’t have hearing loss so I enlisted someone close to me who does. We put ourselves in a normal environment with the TV in surround sound, but not on defining levels.

With the Olive Smart Ear in one ear away from me, she definitely felt improvement on hearing the TV while still able to hear my occasional conversation.

Olive Union data on the earbud says Total Harmonic Distortion is less than 1.2% in each measured channel, to provide a clear spectrally balanced sound. It’s designed to instantaneously filter out unpleasant, sharp high pitch noises and has a Wide Dynamic Range Compression algorithm tuned to capture 99.8-percent of the sounds within your hearing range without distortion.

Like true wireless earbuds, alone it gives you seven hours of charge and when combined with the included portable recharging case, its good for over 20 hours.

It’s not something you would wear all day but it’s so small and portable, when it’s needed it can be useful. With 16 channels and a dynamic
range of 96dB, it can only help.

www.oliveunion.com $299 available in white and black 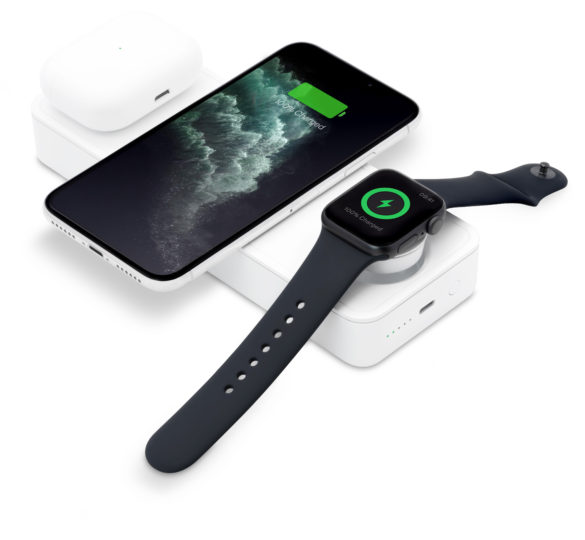 All at once, the 3-in-1 multi-device can charge an iPhone, Apple Watch and AirPods in the 7.30-by-1.02-by-2.67-inch Apple MFI-certified device, which has 10,000 mAh of portable battery power. The USB-C port can be used with you’re charging cable to power and charge a Macbook, iPad or iPhone. The same port is used for recharging the battery itself.

The four ports can be used simultaneously, but with all being used and especially with a laptop or tablet, the power from the Power Bar is appreciated.

So with all that, its easy to see why a battery like this is probably the most versatile portable batteries I’ve seen. In addition to the battery itself, the package includes a 3-foot USB-C to USB-C cable, a 3-foot USB-C to Lightning cable and a handy USB-C to USB-A adapter tip. Normally you get a single charging cable for the battery itself, instead EGGTronic has really made this a complete package with the accessories.