More often then not, must-see gadgets at the annual Consumer Electronics Show in Las Vegas aren’t something you’ll use in your daily life. So I typically set my sights trolling the reported 2.9-million square feet of floor space looking for gadgets that will make anyone’s digital life more efficient. With that in mind, here’s a few that caught my attention to whet your appetite since you can’t buy them just yet. 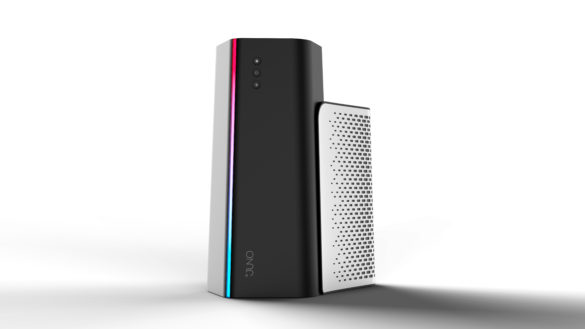 The Matrixs Juno, a countertop appliance powered beverage chiller showed off some cold power in impressive fashion.  It uses proprietary thermoelectric cooling technology to rapidly and precisely chill any beverage in lighting-fast times. A demonstration showed 12 oz. can of beer was brought to ice-cold in less than two minutes. Once it’s plugged in, it’s simple to use. Insert a canned or bottled drink and push a button, which has preset favorite temperature settings. If you want it colder, keep it in longer. Juno gets your room-temperature beverage chilled so fast using precision temperature control by integrating a cutting-edge thermoelectric cooling engine with a proprietary mixing mechanism in a liquid bath with a 2300 ml capacity. When activated, the TEC engine uses the Peltier effect to quickly cool the beverage, creating a super-fast chilling system without the need for dangerous chemicals or environmentally harmful refrigerants.

https://junochiller.com due out in the 3rd quarter this year with an MSRP of $299 but available for preorder now at $199 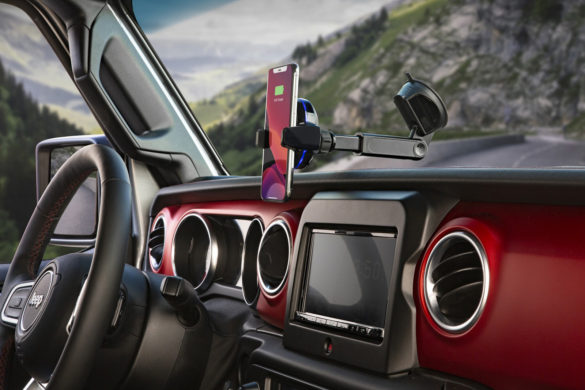 Once thing I can say first hand is products from Scosche work. So when I saw the new phone mounts for vehicles, home and office, there’s gotta be one for you that works. In all, Scosche has nine new Extendo Telescoping mounts. As pointed out to me, everyone sits differently, is different sized and needs a phone at a different angle, which makes the Extendo perfect wherever it needs to be seen. They have models with an arm to adjust from just over 5-feet to just over 8.5-feet and has a 220-degree of angle adjustment. When mounted, your smartphone will have a 360-degree axis enabling most any angle in landscape and portrait mode. The Extendo attaches to a window, dashboard, countertop, backsplash or most any flat surface. The Extendo wireless charging mounts are Qi-certified for wireless charging so if you have a wireless charging enabled smartphone, you’ll have the safest and fastest wireless charge it can handle. 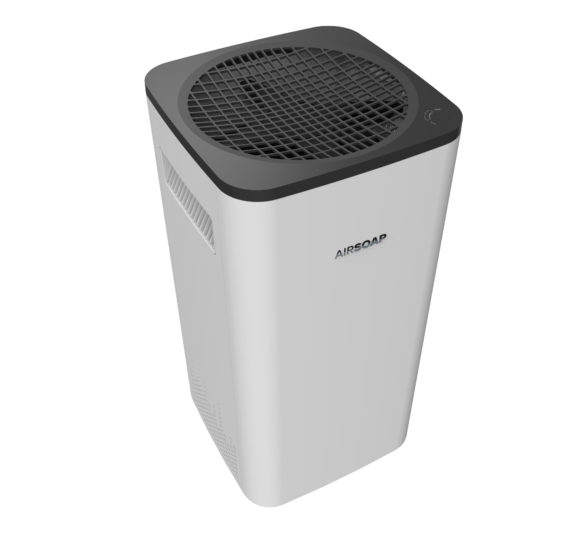 I’ve written previously about PhoneSoap’s Pro device, which sanitizes and destroys 99.99% of bacteria on your smartphone in just five minutes. PhoneSoap has announced its latest venture into the health tech space – AirSoap air purifier system. With it, you get a unique approach to air purification, utilizing adapted ionic wind technology, termed Electric Wind. According to PhoneSoap this generates a high-energy plasma field that kills bacteria and polarizes airborne particles. Bacteria is collected in a filter-less graphene system, resulting in cleaner and healthier air than traditional filter-based air purifiers. AirSoap uses dishwasher safe, reusable, graphene collecting plates to efficiently reduce and eliminate invisible particulates like pet dander, pollen and dust mites, thereby reducing allergy symptoms and improving sleep quality. And if you really wanted to know a deep fact on the cleaning, AirSoaps advanced air purification system traps and kills even the smallest viruses, down to 14.6 nanometers, which is much more effective than even the best disposable HEPA filters, which can only filter down to 300 by half, due to its efficient airflow design.