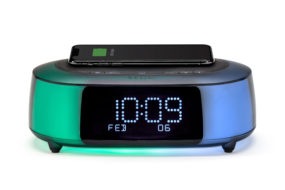 Bedside clock radios are critical for time displays and alarms to get you going in the morning. These days they are needed for so much more and the new AC powered iHome iBTW281 dual alarm clock speaker system does it all.  It even cleaned up my nightstand mess of cables.

Along with an endless amount number of up-to-date features incorporating today’s technology, the critical features of time and dual alarms are there.  The time, date and alarm settings are on a front facing display, with adjustable brightness levels to automatically brightness and your desired times. For snoozers, the snooze duration can be adjusted.

A quick start guide runs you through the basic setup, which includes a switch inside the backup battery compartment to automatically adjust for daylight savings time. A coin battery is also included to keep the time in the event of a loss of power.

The fun features are pairing your device with Bluetooth, enabling the sound system to play whatever tunes you choose through the built-in speaker and even have your smartphones playlist used as your desired wake up alarm source.

Once paired up you’ll also have a speakerphone with echo noise cancellation. The voice control allows access to Siri and Google Assistant. 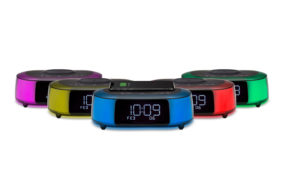 If you don’t have a wireless charing smartphone (you need to get one, it makes life so easy) there’s a USB charging port on the back to connect your device needing a boost of power.

Both sides have color changing ambient lights with a choice of presets, including a night mode or just have them turned off. If you’re playing music, one of the choices will have the lights play and pulse to the beat of your music. They are purely cosmetic but definitely give a room a nice look with the vibrant color lights. 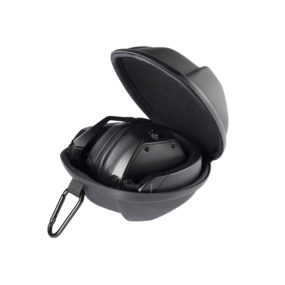 V-Moda has launched M-200, the award winning company’s first-ever reference studio headphone, which they refer to it as he world’s finest high-fidelity audio device.

The over-the-head studio headphones are designed to produce a clean, refined and spacious sound with transparent clarity, resulting in perfect sound for producers, musicians and sound professionals alike.

They feature a combination of meticulous Japanese engineering and classic V-MODA shapes and materials. Inside the headphones are 50 mm drivers with neodymium magnets and CCAW voice coils, which reproduce a wide range of frequencies up to 40 kHz. 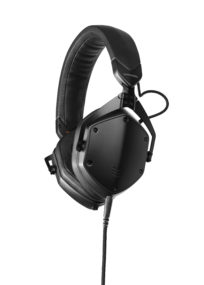 As with every pair of V-Moda headphones I’ve tried over the years, comfort and design are as good as it gets. These have larger, flatter ear-cup housings compared to the Crossfade series and the closed-back M-200 features extra internal amplifying room for spacious sound with superior noise isolation.

The design includes a durable, adjustable and flexible headband, with even weight distribution to wear in silent comfort. The exterior is made with premium, sweat-resistant PU leather and detachable magnetic memory foam cushions.

The M-200 is available for pre-order for $350, with delivery expected in late November 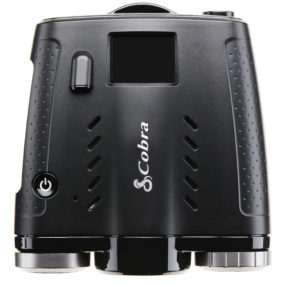 Obviously observing the posted speed limit is the legal way to drive, but if you’re just curious to know what radar is in range, The Cobra Road Scout Elite is a perfect choice.

Along with capturing radar, the unit doubles as a dash cam capturing footage with a 1080p resolution on the built-in camera.

According to Cobra, the camera is optimized for day or night recording, includes G-sensor impact detection and is WiFi enabled to view, edit, and share videos from your smartphone with the Cobra Drive HD app. Videos are also saved on a SD memory card; a 16GB SD card is included.

The dash cam has a 154-degree field of view and has a continuous video loop recording, so a moment won’t be missed. The camera is powered by a Sony Exmor image sensor and an Ambarella A12 processor.

As for the radar, it’s built with a high performing driver alert system, including intelligent radar and laser sensors, long range capability to detect threats ahead of your location. 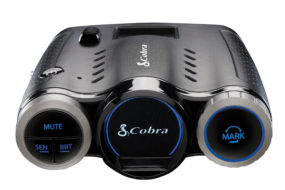 The Road Scout Elite can lock out false alerts, has a GPS database of location-based alerts, including red light cameras and speed cameras. With the Cobra iRadar App, users can receive real-time driver alerts and share your own with the Cobra driving community.

The unit has easy to use controls and a custom display is customizable and full-color LCD screen, including a speed limit display. An EZ Mag Mount, charging cables and a carry case is included. 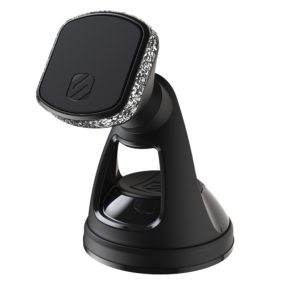 The smartphone mounting system can be used in a vehicle, home, office or even on the dashboard of a boat (guess what I tried) to put your phone in full view and keep it handsfree with full accessibility.

The critical part of the system is the StickGrip suction-cup base, which is a removable suction cup that holds firmly to just about every flat surface I found; dashboards, garage door, home windows, windshields and countertops. I couldn’t get a good mount with concrete, which was expected, but I tried.

The limited edition mount featuring Crystals from Swarovski for a great cosmetic appearance, are built with what Scosche says are powerful 100 percent device-safe Neodymium magnets. They are what hold your device securely and while I had it mounted in my vehicle, I did my best to swerve around and have the mount disengage, which it didn’t. 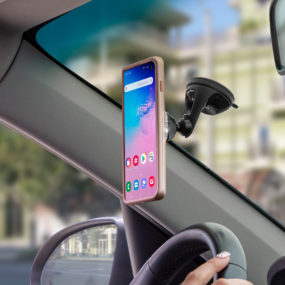 It has a 360-degree swivel head, so you or anyone can view and talk on the phone from any angle, side to side, portrait or landscape modes.

Now that we have the mount attached, it’s time for the phone, which is mounted simply by using the Scosche MagicPlate, described as a non-magnetic, adhesive-backed, metal plate. They are applied directly to the back of your smartphone case, right on the back of the smartphone or in-between the phone and the case. This last part can vary depending on the case thickness, but I had it working fine with several cases. 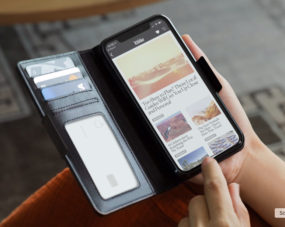 The all-in-one premium leather iPhone case, wallet and viewing stand case has an ultra-minimal cover will showcase the beauty of the new iPhone, while keeping the front and back of your new phone protected. 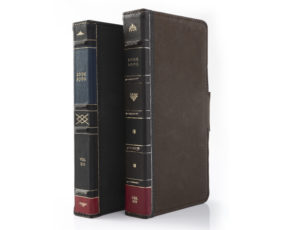 Features of the book-looking case and wallet combination have a magnetic leather shell for easy separation of wallet and phone, a magnetic closure for better phone and wallet protection, and a protective window for your brand-new Apple Card, drivers license, cash, receipts, ID or other credit cards.

The new iPhone 11 lens system will work with the BookBook camera cutout on the backside of the case.

www.twelvesouth.com $69.99, available in brown or black